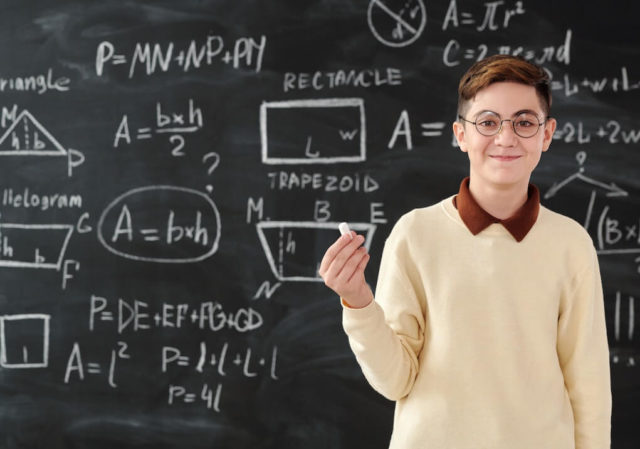 This article discusses the fear of mathematics. The latter alone crystallizes many of the nervous breakdowns and tears in students during their journey in public and private education. Mathematics is involved in all school programs. From elementary school to engineering school: one day, you may find yourself blocked by an exercise and lose your nerves.

Math allows students to understand the world around them and which above all determines many professional careers! Success in math is a guarantee of winning a good degree. The fear of mathematics is therefore due to its difficulties and to the fact that it is thanks to it that we select brilliant students.

What is the most terrifying thing in mathematics?

It is one of the only disciplines taught in school that can cause such blockage in children, preventing them from speaking in public or giving them apprehension before each lesson. Why? Because in mathematics, we are TRUE or FALSE. In contrast, in each class, only three to five students feel good about math. As in athletics, after the first round, all players go into two parts, a very small set in front and another large set behind.

In order to solve the fear of math problems, it is more convenient to focus on the origin of the blockage:

The fear of mathematics is often caused by a lack of self-esteem or a negative thought: what will my teacher say if I am wrong? Why can’t I fix this simple problem?

In addition, there is real social pressure regarding mathematics, which is considered “the future” rather than a literary subject for example. Failure to master them would mean failure. We also use mathematics on a daily basis, whether at the supermarket or the restaurant, and not knowing how to use its multiplication tables can quickly make us laugh. At least that’s how a person can feel.

Thus, the nature of your math block will determine how you can manage it, and thus you can overcome your fear without a problem. Choose the statement that seems most specific to describe your situation:

How do avoid blockages in mathematics?

All students, from elementary to high school know how important mathematics is; not only in the school curriculum but also in professional and daily life. Hence the need to be attentive in mathematics and to listen to your math teacher. Realizing this importance, mathematics causes panic, anxiety, anxiety, and panic attack … In short, this is called “fear of mathematics”. To the point of even talking about psychological blockages, anxiety disorders, panic attacks, and anxiety attacks. Here are some tips to avoid fear in math lessons:

How to use mathematical induction?